Nova Scotia artists demonstrate inspiration, creativity, and innovation. To recognize those talents they were honoured on Nov. 14, at the Creative Nova Scotia Awards Gala in Halifax which celebrates excellence in artistic achievement.

"Our province is home to a unique past filled with generations of rich history and stories, often told by talented artists," said Communities, Culture and Heritage Minister Suzanne Lohnes-Croft. "Congratulations to this year's award recipients who inspire the next generation of artists to showcase their extraordinary work to the world."

This year's gala was held virtually with the theme Generations. Seven major awards were announced including two prestigious awards, the $25,000 Portia White Prize and the $25,000 Lieutenant Governor of Nova Scotia Masterworks Arts Award.

The Portia White Prize recognizes cultural and artistic excellence by people who have attained professional status, mastery and recognition in their discipline. This was awarded to Afua Cooper of Halifax who has made immense contributions to the literary arts, culture and scholarship with 13 books in many genres including poetry, fiction, non-fiction and children's literature. As one of the founders of the Dub Poetry movement in Canada, she advocated the study of slavery and Black Canadian history in colleges and universities. She teaches in the faculty of arts and social sciences at Dalhousie University and served as poet laureate of Halifax from 2018 to 2020. She received $18,000 and the remaining $7,000 was awarded to her chosen protégé, the Writer's Federation of Nova Scotia.

The Masterworks Arts Award recognizes work of art that exemplifies mastery across originality, artistic maturity, impact and contribution. This was awarded for Tepkik, a 100-foot long public art structure created by Jordan Bennett of Halifax.

The Highland Arts Theatre of Sydney received the $10,000 Creative Community Impact Award for the positive impact made on their community through arts and culture.

Darcie "Ouiyaghasiak" Bernhardt, a Inuvialuit/Gwich'in visual artist of Tuktuyaaqtuuq, Northwest Territories living in Halifax, received the $5,000 Indigenous Artist Recognition Award which recognizes individuals of Indigenous background who have emerged from their initial training and development into their career as an artist.

Three winners received the $5,000 Established Artist Recognition Award which acknowledges people who have emerged from their initial training and development into established artists:

Two winners received the $5,000 Emerging Artist Award which recognizes individuals at any age who are in the early stages of their professional career, completed specialized training and presented their work publicly:

Afua Cooper is a committed mentor who generously uses her platform to give voice to others and shares her spotlight to nurture the next generation of youth writers, performers, artists and activists. She has been a cultural innovator in Canada since the 1980s, a period described by some cultural critics as a Black cultural renaissance. She is the best performer of her own work and her recitations are simply electrifying.Marilyn Smulders, executive director, Writer's Federation of Nova Scotia, who nominated Afua Cooper for Portia White prize 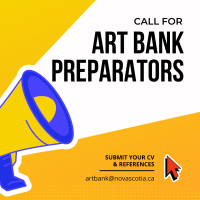 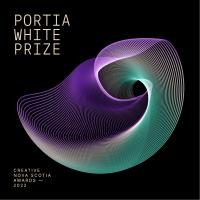